Tip of My Cap Award: Stanley B. Goldenberg

Matthew Goldenberg, DO Blog Tip of My Cap Award: Stanley B. Goldenberg 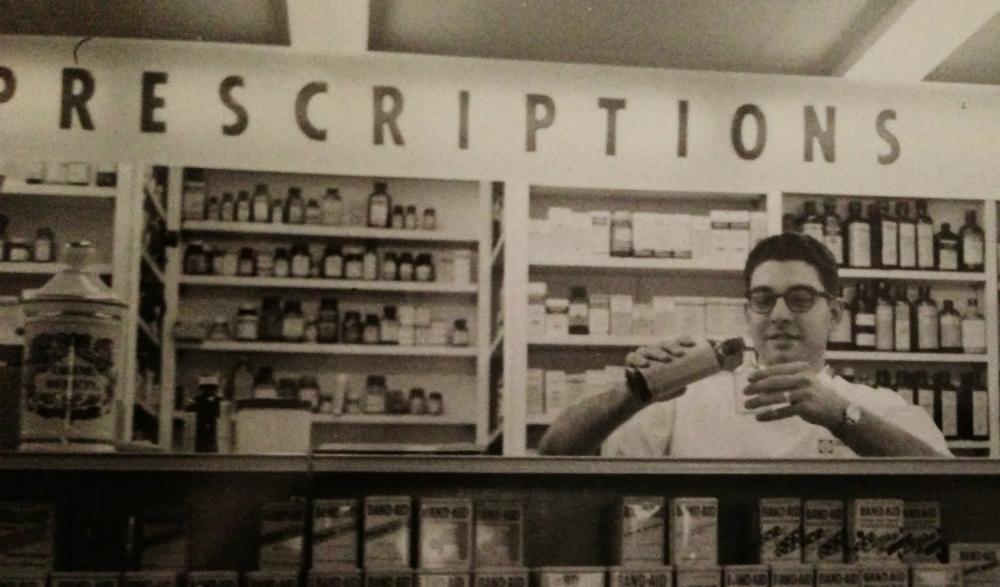 We often recognize individuals for being pioneers and visionaries that are far ahead of their time. Others receive recognition for acting selflessly for the betterment of others. Some people are distinguished for being mavericks and going against the grain. My father, Stanley B. Goldenberg, deserves to be recognized for exhibiting all of these characteristics.

In this light, I give him my inaugural ‘Tip of My Cap Award’. I hope you will join me in recognizing the importance of a decision he made many years ago.

Growing up, I worked in my Dad’s pharmacy on the weekends and during school breaks. He bought this pharmacy in the early 1960’s and through the years it grew into one of the largest independent pharmacies in the San Fernando Valley of Southern California. While much of the inner-workings of the pharmacy had been updated by the time I began working for my Dad in the mid 1990’s I remember noticing an old relic under the cash register area where I worked. There were several parallel wooden slates, which by the time I worked there were barren and empty. However, they clearly had previously served a specific purpose and being the ever inquisitive child I was, I asked my dad “what these were for.” As he told it, when he bought the pharmacy they sold cigarettes and they stacked them in these slats, under the register, for easy access. However, as more information became available in the 1980’s, indicating the negative impact that cigarettes have on health, he realized that he could not be in the business of maintaining and restoring customer’s health and selling a dangerous and addictive product like cigarettes. He told me that once he realized that cigarettes were dangerous for your health, he felt that his customers would not trust him with their lives and health if he sold tobacco products in his stores. And that was it. Overnight he stopped selling cigarettes.

The part that makes this story even more remarkable and worthy of recognition is the strong negative reaction he received. Both his patients and the physicians, in the medical center where his pharmacy is located, were upset about the inconvenience of not longer being able to easily get their pack(s) of cigarettes. While it surprised and saddened me to learn that local physicians did not support my fathers decision, you have to remember that this was a few years before smoking was banned on airplanes and more than 10 years before California became the first state to ban smoking in bars. Yet despite this push-back, and risks to the future of his business, my father persevered and never wavered on his decision to do what was right for his customers.

While my father was never formally recognized, to my knowledge, at any point over the past 30 years since he decided to stop selling cigarettes, you may have heard the news regarding CVS. CVS Caremark recently announced that they will phase out selling cigarettes and other tobacco products over the next year. We should applaud them for finally stepping up to the plate and no longer selling a product that leads to 480,000 deaths per year in the US, leads to $132 billion in direct medical costs and $157 billion in lost productivity.1However, we should also mention how long it has taken them to make the decision my father did in the 1980’s and how many lives have been lost due to their delay.

There are many possible reasons that they finally made the decision to stop selling tobacco products. It could be because of the paradox of also selling smoking cessation aids. It could be the new $115 million anti-tobacco FDA campaign that was recently launched.2 It could be a 2010 recommendation by the American Pharmacist Association that urged pharmacies to discontinue sales of tobacco products and urged state pharmacy boards to discontinuing issuing and renewing licenses of pharmacies that sell these products.1

After they announced their decision, Human Services Secretary Kathleen Sebelius came out and made an official HHS announcement “applaud[ing] CVS Caremark Corp. for their leadership in helping to make the next generation tobacco-free.”3 While I am glad they finally made the decision, I am not as complimentary as she is. To me, real leadership would have been making the decision before they were essentially forced to do so by their own regulatory board. My father is a leader. He made a tough decision and it came at the expense of his own bottom line, unlike CVS.

One of the largest reasons CVS seems to making the decision, to stop selling tobacco products, is because of the hypocrisy of having in-store urgent care centers and retail health clinics an arm’s length from the most deadly consumer product available. “Although the sale of tobacco products in CVS pharmacies produces more than $1.5 billion in revenues annually, the financial gain is outweighed by the paradox inherent in promoting health while contributing to tobacco-related deaths.” They are now “gearing up to assist in treating hypertension, hyperlipidemia, and diabetes- all conditions exacerbated by smoking.”1 Let that sink in for a minute. Yes… it would be like a bar or liquor store that sold you alcohol for the past 30 years, causing you to develop cirrhosis of the liver, now being in charge of treating your disease.

You can easily argue their action is ‘better late than never.’ However, I think we should be recognizing the real leaders and life savers in the pharmaceutical industry. Independent pharmacists like my father have been putting their customers’ health first decades before CVS announced their intention to follow suit.

Please join me in tipping my cap to my father and those like him who will not get national recognition but are surely well-deserving.

My Dad around the time he made the decision to stop selling tobacco products: 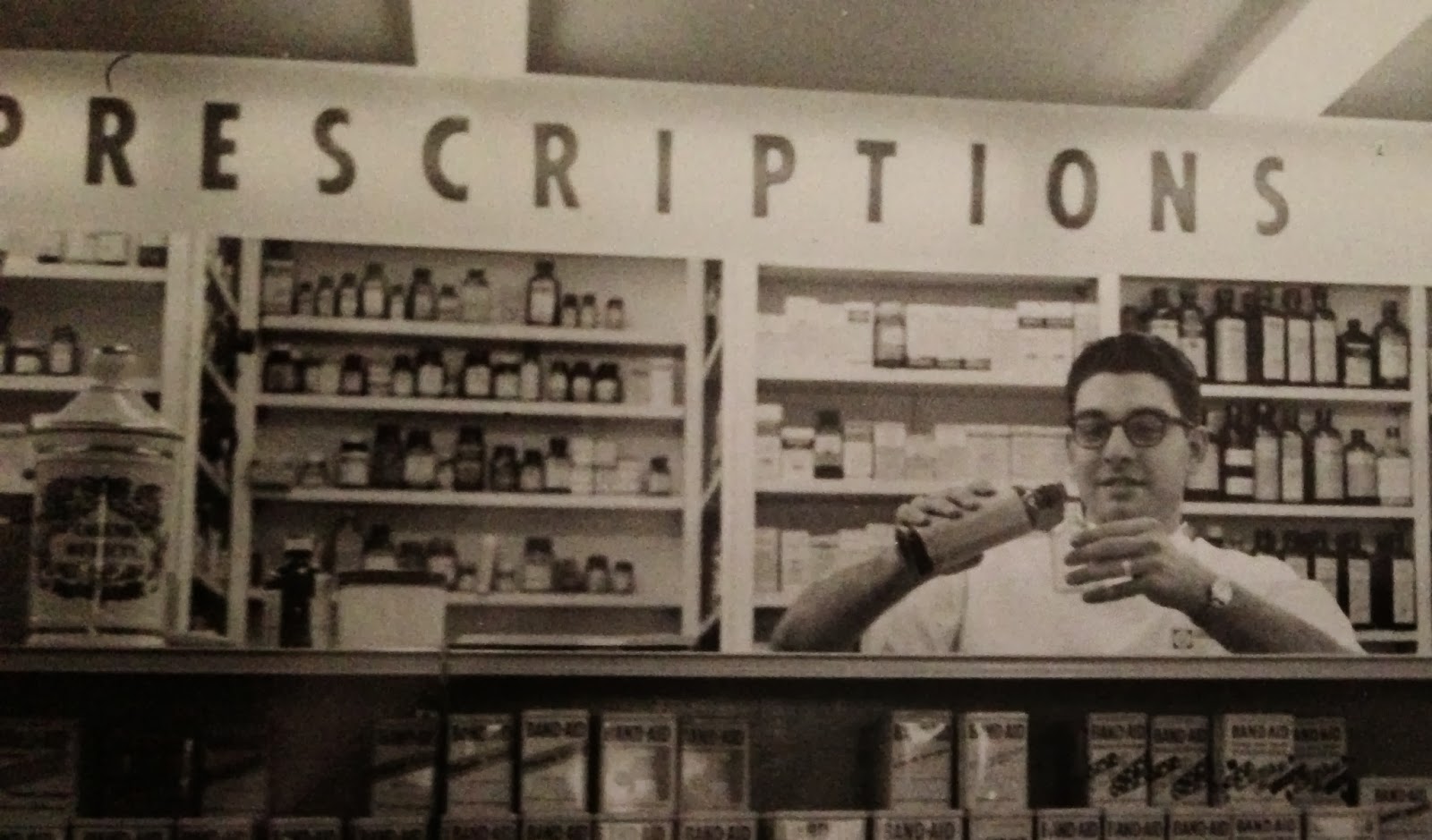