Do Alcohol and Drugs Make You More Creative?

Matthew Goldenberg, DO Blog Do Alcohol and Drugs Make You More Creative? 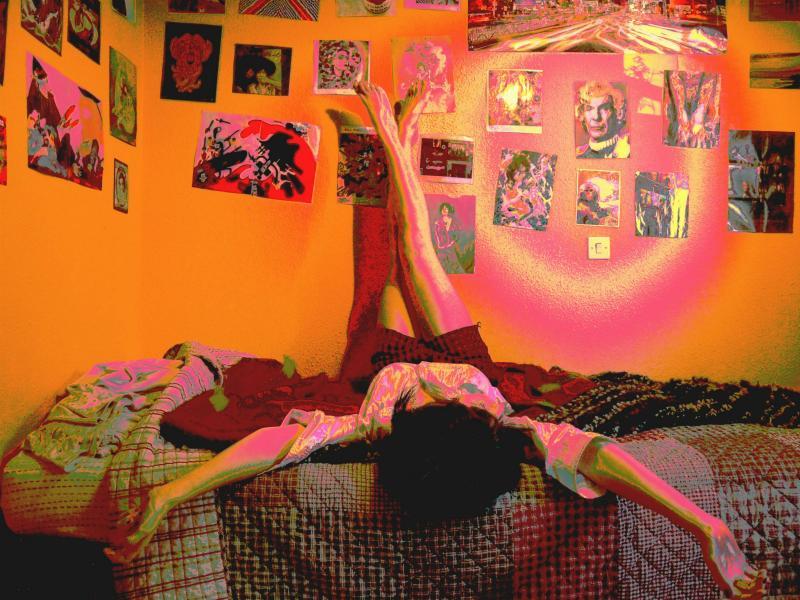 *Disclaimer: This was not an actual case, any similarities to actual patients is purely coincidental, this is a conglomeration of several typical cases I have seen.

Rounding in the hospital this week, I met a patient facing a difficult dilemma. As he explained, he works in Film and he has always used drugs and alcohol to kindle his creativity. He told me about several successful projects in the 60's and 70's that were fueled by binges on cocaine and marijuana. He proudly told me he gave those things up when he had his kids. He went on to tell me that he recently began a new project and alcohol had become his new "muse".
Do a quick "google" search and you will quickly find my patient is not alone in believing that drugs and alcohol can unlock your creative potential. But is it true?
My patient was admitted to the hospital because his alcohol use had become out of control. He was experiencing severe medical complications, including falls, and he has been unable to work due to his drinking. He tearfully explained his dilemma: "Drinking is my muse, I cannot be creative without it, but it has gotten so bad that the shakes and confusion make it impossible for me to finish my latest film projects."
His story is one we have all encountered or heard before. There are endless cases documented in the media of alcohol and drug use derailing the careers of rockers, rappers, painters, authors, actors and many other types of artists, as well as famous inventors and entrepreneurs. Why they use drugs and alcohol is a difficult question to answer and likely beyond the scope of this post. Are they self-medicating a physical or mental illness? Are they introverted and use drugs and alcohol to be more engaging and dis-inhibited? Are they genetically predisposed to develop addictions? Do they hang with a rough crowd and drinking and drugging is part of the "lifestyle"? The answer is likely person specific, multi-factorial and a little of all of the above.
What is clear is that many people, including my patient, believe that drugs and alcohol make you more creative. There is some suggestion of this belief in the links above. If you are still not convinced, "google" "creativity and drugs (or alcohol)" and you will quickly find my patient is not alone in believing that these substances can unlock your creative potential. But is it true?
Here are some facts that help us to answer that question:
1) Alcohol may make you think you are more creative:
-A study of 40 drinkers gave some drinkers alcoholic beverages and others non-alcoholic beverages. The authors of the study then asked the participants to do some creative tasks and, when completed, rate their own creativity. The study reported that:

Those individuals who thought they had received alcohol gave significantly more positive evaluations of their creative performances than did subjects who believed they were in the non-alcohol treatment [group].

2) Jim Morrison is a cautionary tale of the negative impact of drugs and alcohol on creativity:
-Researchers looked through Jim Morrison's self-assessments, in his works and letters, as well as the descriptions by others. They then analyzed this data under the perspective of creativity. The authors of the study reported:

Jim Morrison tried to cope with traumatic events, depressive moods and uncontrolled impulses through creative activities. His talent, skill and motivation to write creatively were independent from taking alcohol and drugs. [However], he used alcohol and drugs to transgress restrictive social norms, to broaden his perceptions and to reinforce his struggle for self-actualization. In short, his motivation to create something new and authentic was reinforced by alcohol and drugs. More important was the influence of a supportive group that enabled Morrison's talents to flourish.

These results suggest that it was Jim Morrison's talent and environment, including his social network, that led to his success. What type of talent and success he might have enjoyed without drugs and alcohol is unknown. However, the authors go on to report their conclusions on the impact that drugs and alcohol played on Jim Morrison's life and career and others who share this "fast" lifestyle:

The frequent use of high doses of alcohol and drugs weakened [Jim Morrison's] capacity to realize creative motivation. [He] is an exemplary case showing that heavy drinking and the abuse of LSD, mescaline and amphetamines damages the capacity to realize creative motivation. Jim Morrison is typical of creative personalities like Amy Winehouse, Janis Joplin, Brian Jones and Jimmy Hendrix who burn their creativity in early adulthood through alcohol and drugs. We suppose that the sacrificial ritual of their decay offers some benefits for the excited spectators. One of these is the illusion that alcohol and drugs can lead to authenticity and creativity.

How drugs and alcohol are associated with these infamous artists is a difficult question to answer. Is their talent and success a product of their drinking and drugging? Or is their drinking and drugging a result of their talent and success? I imagine it is a little of both. While I do not know any of these artists personally and have never treated them professionally, we do know many people use drugs and alcohol to self-medicate and to cope. Whether it is depression, PTSD, anxiety, ADHD or other mental health conditions, many of my patients have turned to drugs and/or alcohol before coming in for treatment. Great societies and cultures from antiquity have used mind-altering substances to achieve self-realization or a greater connection to a higher power. These authors seem to feel that Jim Morrison, and I suspect the others mentioned as well, used drugs and alcohol for similar reasons.

Whether it was for self-medication, to help cope with the pressures of fame, to increase their creativity, to facilitate self-realization, a product of peer-pressure or any other reason, it seems clear that drinking and drugging contributed to the early demise of these stars and many other much less famous people who have struggled with drugs and alcohol. Their substance use, and that of my patient, is reinforced by the belief that the use of psychoactive substances enhances their creativity. The pressure and drive to use is even stronger if, like my patient, they believe their creativity is dependent on drug and/or alcohol use.

I believe that the first step in making a change when it comes to substance abuse is being able to identify the good and the bad aspects that are associated with use. My patient was able to identify that drinking, while possibly making him more creative, is also causing some major problems. He specifically stated drinking is "making it impossible for me to finish my latest film projects".  I would say this patient is in the contemplative stage of change. Sometimes it can be helpful to make a pro and con list of drinking or drug use. I often advise my patients to make a pro and con list of both continuing and stopping their substance use. The reasons need to be personal and strong. In my patient's case simply having one con of continuing drinking, not being able to work on his films, may be enough to motivate him to try to quit and to stay sober.

This technique of allowing a patient to come to their own conclusions, on their own timeline, is called motivational interviewing. While best employed by trained and experienced professionals, it can be very useful when approaching family members and friends who are in the pre-contemplative stage of change. Allowing someone to develop their own insights and plan to tackle their substance abuse problem is often, if not always, much more successful than telling them they are bad, they need to quit and here is how! You can listen for "change talk" to get a sense of what stage of change they are in. See below:

In my patient's case, he was able to make the connection that while alcohol may or may not make him more creative, it, without question, makes him less functional and leaves him unable to complete his goals, notably his film projects.

Success is defined many ways, and everyone has their own goals for their personal and professional lives. Creativity and often times commercial and financial success are fleeting and can disappear as quickly as they appear. Drugs and alcohol seem, for many, to fuel that fire. Much like lighter fluid the fire grows brighter and hotter but it does not last. That is how I advised my patient and I hope he will come to that conclusion on his own. The only thing that drugs and alcohol seem to guarantee is shortening of careers, potential and the hastening of death.

*Disclaimer: This was not an actual case, any similarities to actual patients is purely coincidental, this is a conglomeration of several typical cases I have seen.